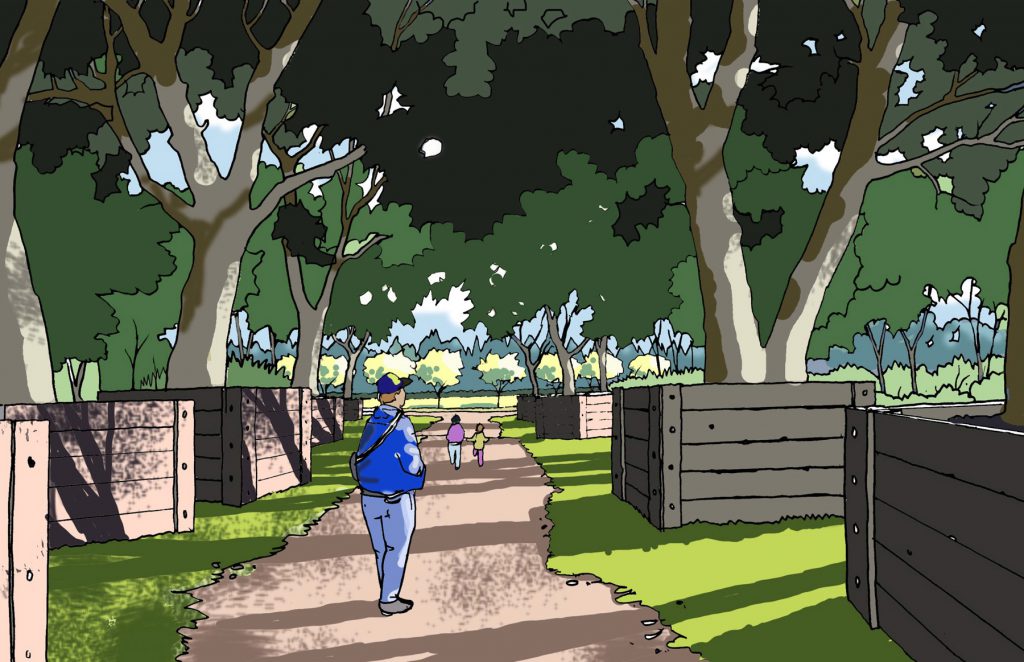 In April, the Fremont City Council approved the PGAdesign-led Master Plan to turn Fremont’s California Nursery into a National Historical Park, as forecasted in the East Bay Times.

The City of Fremont selected PGAdesign to prepare a master plan for a new 20+ acre park on the site of the historic California Nursery. The history of this nursery begins in 1865, when it was established by John Rock, and, in 1884, when he moved it to the now-historic site In Fremont. For 50 years, the Nursery was owned and operated by the Roeding family, who had already made their mark on California’s agricultural history. The master plan seeks to repurpose this national treasure that became the premiere nursery in California before its closure in 1968. To the greatest extent feasible, historic features will be preserved, restored or rehabilitated. Many existing buildings onsite, including a culturally significant adobe structure, will be preserved. The “Boxed tree” forest of oak trees in boxes and the welcoming palm alee that feeds into the surrounding neighborhood will be kept and further developed. The exceptional stories about the site will be kept alive through the addition of a museum, classrooms, event spaces, and interpretive public open space.­­­ 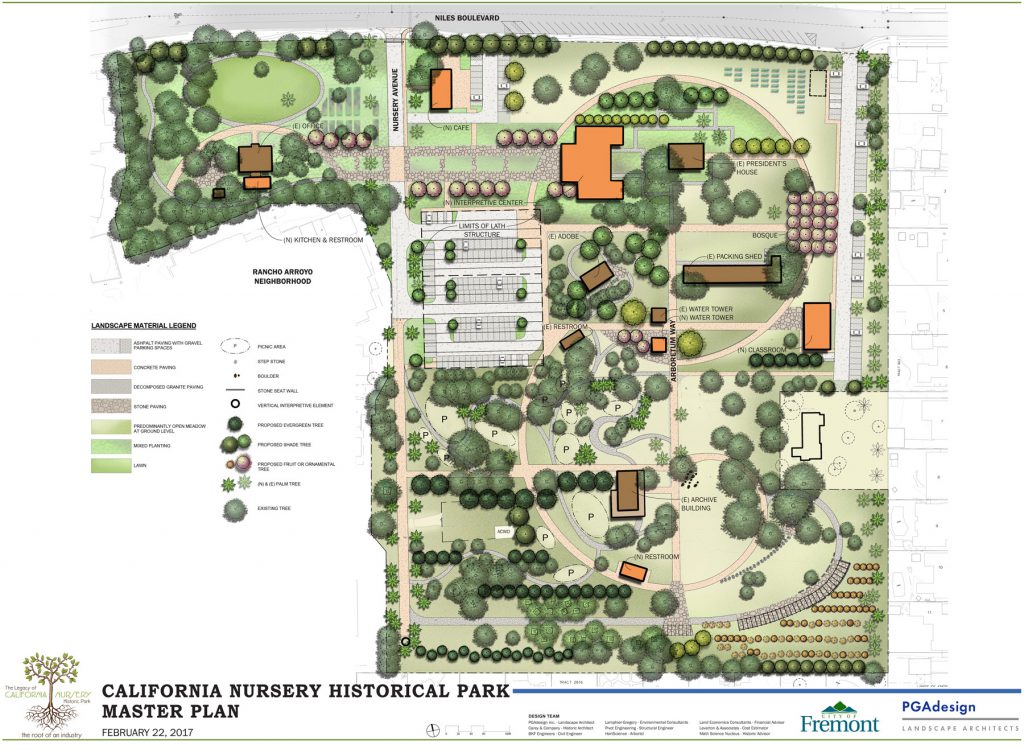